Can you really be successful as a stoner? You might have been told otherwise by parents, your society, pot hating politicians, but these quotes from some of the most successful stoners of all time will definitely change your mind.


Can a Stoner Be Successful?

Even though most of the U.S. has legalized medical and recreational cannabis, there is still a stigma surrounding recreational cannabis use, mainly that stoners are lazy, unmotivated, and will never accomplish anything. This stereotype about cannabis users dates back to the days before marijuana prohibition when anti-pot propagandists demonized cannabis use by appealing to the general public’s racism. As with most aspects of American history, the war on drugs has very racist roots.


Luckily, racial stereotypes surrounding cannabis use are no longer in vogue. Still, the lazy stoner stereotype remains, despite all evidence to the contrary. Fact is, there are plenty of successful stoners out there. We're not just referring to famous hip-hop artists; famous actors, lifestyle gurus, entrepreneurs, doctors, mothers, and even a few U.S. presidents also enjoyed lighting up.


How to be a Successful Stoner

You can still be successful while being a stoner; the key is self-control and moderation. As with all things, smoking weed is best when done in moderation. Health effects aside, you will probably not accomplish much if you are smoking yourself into oblivion every single night. This is especially the case when it comes to how to be a successful stoner in college and in business.


Successful stoners know that there is a time and a place, and they manage their intake accordingly. This does not have to mean abstaining from smoking altogether. It’s more like smoking the right strains. For instance, if you’re trying to make an important deadline for a job or school, it might not be the best idea to smoke a heavy indica. Otherwise, you’ll be sinking into your couch instead of being productive. Knowing what to smoke is how you, too, can be that successful stoner!


Quotes from some of the Most Successful Stoners

“The illegality of cannabis is outrageous, an impediment to full utilization of a drug which helps produce the serenity and insight, sensitivity and fellowship so desperately needed in this increasingly mad and dangerous world.” -Carl Sagan 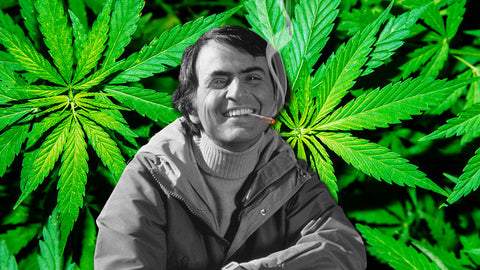 Sagan was a world-renowned cosmologist, author, and all-around awesome nerd. He wrote and directed Cosmos, which inspired both Neil deGrasse Tyson and Bill Nye. Sagan also wrote extensively on a wide variety of topics such as astronomy, the dangers of falsehoods in public discourse (aka “fake news”), and climate change. Oh yeah, he was also a strong, albeit very quiet, advocate for legalization. The above quote is from an anonymous essay Sagan contributed to for the book Marihuana Reconsidered, describing his extensive history with cannabis and how it had helped him.

“I smoke a lot of pot when I write music.” -Lady Gaga 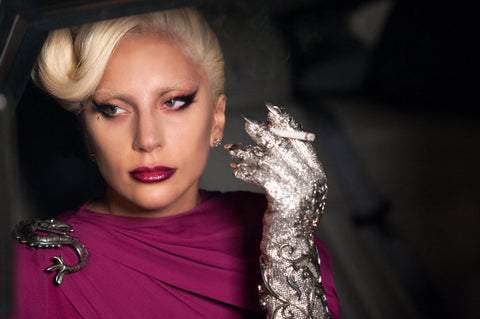 Lady Gaga has made a sizeable impression on both the music and the fashion industry with her catchy yet thought-provoking tunes and unique sense of style (does anyone remember the meat dress?), so it should come as no surprise that she smokes weed while she writes, as she stated to Anderson Cooper during a 60 Minutes interview back in 2011. 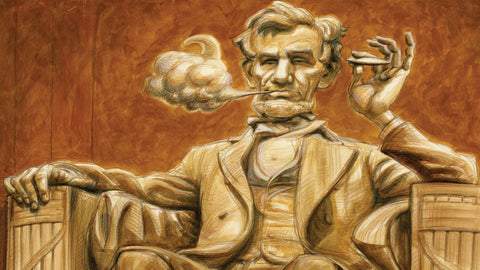 Even the 16th president of the United States, Abraham Lincoln, was a successful stoner. President Lincoln wrote this letter to the president of the Hohner Harmonica Company. While there is no definitive proof that Lincoln smoked up, we must remember that hemp was a mandatory cash crop. Cannabis was also literally everywhere at this time in history.

“As for drugs⎯well, Gates was certainly not unusual there, Marijuana was the pharmaceutical of choice” -from Bill Gates’ biography Gates: How the Microsoft Mogul Reinvented an Industry⎯And Made Himself the Richest Man in America

Billionaire. Philanthropist. Genius. Head of Microsoft. Bill Gates is synonymous with success, so it might surprise some to know that Gates is a bit of a cannabis enthusiast himself. However, you’ll likely not get confirmation of that if you ask him that. His college roommate, who supplied the quote above, tells a different story. Though Gates might not partake any longer, he is a longtime proponent of legalization. He also supported Washington state’s efforts to legalize recreational cannabis back in 2012.

“When I was a kid, I inhaled frequently. That was the point.”- Barack Obama from his autobiography Dreams from my Father. 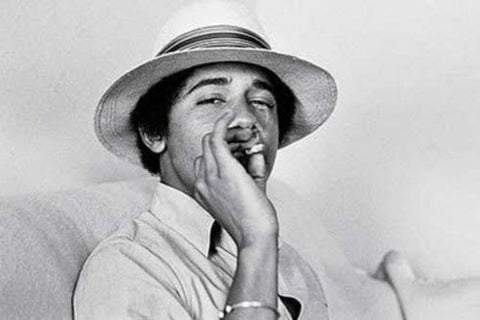 As the above quote suggests, President Obama has made no secret of his cannabis use. It is speculated that this quote was a jab at President Bill Clinton when Clinton said that he smoked weed “but did not inhale.” Obama’s second term kicked off with recreational weed being legalized in both Washington and Colorado, setting off a tidal wave of cannabis law reforms that have not slowed down since. His own attorney general Loretta Lynch declared in 2016 that cannabis was not a gateway drug but instead an “exit drug.” This means people use cannabis to get clean from harder drugs.


Just look at all these successful stoners! If a stoner can become a tech mogul billionaire, a widely respected cosmologist, or even the president, then the whole unmotivated, lazy stoner stereotype does not really carry a lot of weight, does it? This is why it is time to rethink this trope and a lot of other ones that we have come to identify with stoner culture. A successful stoner does not have to look or act a particular way. Anyone can enjoy marijuana and live a productive life. The key, as stated above, is moderation. Use your pot smoking as a way to enhance whatever you are good at, rather than detract from it, and there will be no stopping you!