If you are reading this page, we already have one thing in common: we think weed is awesome. You know what else is awesome? Video games.

Few things pair together quite as well as smoking weed and playing video games. Sure, you could enjoy a good book, but pot can be a little distracting. Video games are also distracting, which is why they are great to play when you do not want to think too much. It’s also why many people can’t smoke weed without playing video games.


Three fun games for your iPhone or Android

Video games and weed are simpatico, but what about when you combine them? I’m talking, of course, about video games about weed. While you might not have much luck finding a weed-themed console game, there are plenty of other places you will find them.

Wait, are you talking about mobile games? Are there any weed games for iPhone and Android? Yes, there are tons of mobile games out there for both platforms. The market is absolutely saturated with weed growing games. This means that you have a lot to choose from. There are some good games out there for your smartphone. However, unfortunately, a lot of what you have to choose from is crap.

So, in the spirit of journalism, we played some of the most popular mobile weed games to separate the good from the bad, so you don’t have to. You’re welcome. 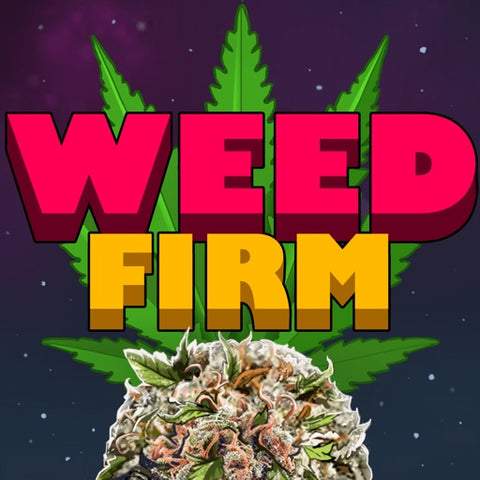 Weed Firm 2: Back to College iOs

Being a noob to the world of free mobile weed gaming, it wasn’t clear what to expect. When searching “weed games” in the Apple store, Weed Firm 2 was the first option. The tutorial opens up with “this is my recipe for never being sad” by WF Project, a catchy tune to be sure. It was intriguing enough to Shazam it. Not off to a bad start Weed Firm!

The game’s premise is this: your grow gets busted, and now you have to start from scratch to become the Tony Montana of weed. You start by growing your plants one at a time, regularly watering them, feeding them nutrients until you harvest your crop, and sell your goods to your friendly neighborhood potheads. Selling them weed and smoking joints with them earns you respect, which gets you better deals in the long run. If you want to get rid of a customer, you can “diss” them by flipping them off, but this loses you respect.

Activities such as watering your plants, feeding them nutrients, etc., cost you energy (much like they do in real life). Pretty quickly, you run out and have to regularly replenish your energy; otherwise, the game will nag you until you do. Pretty early on in the game, you receive a fridge, which partially replenishes your energy bar. As your operation grows (pun sort of intended), it becomes more challenging to maintain your energy. If you do not want to wait the two minutes to recover what is probably one-sixth of your energy, you have the option of watching an ad (of which there are plenty) or purchasing it (real money, not in-game currency).


Playability: This game is unplayable unless you purchase an item to unlock the ad-free mode. Otherwise, you are relentlessly bombarded with ads. If you are playing in ad-free mode, the game is much more enjoyable but expensive. To purchase items like nutrients, you have to first actually buy them to unlock them after you run out of the initial supply the game gives you. I’m new to the world of online weed gaming, but I have played enough games to know when a game consists entirely of microtransactions, and this game is guilty as sin.


Can you smoke weed in this game: Yes, you smoke a ton of weed. This increases your respect among your clientele and helps add a couple points to your energy meter. Just like in real life! 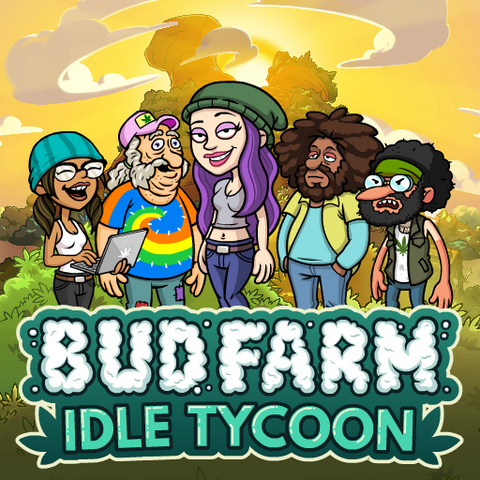 The Bud Farm series has been around since the advent of weed farming games and is widely regarded as one of the better ones. The loading screen consists of parody newspaper headlines such as “Stoners start their own country: Why didn’t we think of this sooner!?”. The gameplay is pretty straightforward; it’s a basic click and drag to plant your seeds, water, and trim. The game uses real strain names such as Northern Lights, Maui Wowie, etc., unlike the first game’s indica, sativa, and bush weed. Leveling up rewarded useful items, and you were not constantly coerced into buying them.

As you progress through the levels, you are rewarded with more strains to try, earning you more money and more customers. Level 7 unlocks the dispensary, in which you can create your own custom sales and wait for people to buy them. Knowing how to price your herb is key to making sales!

The growing in the game is more accurate than in other online weed growing games. Watering and caring for your plants requires more than just pointing and clicking on said plants; you have to actually make the motions to do so. You also have to deal with pests, such as spider mites.


Playability: This game is actually quite playable without ads. We only came across a couple of ads during gameplay, and they were by choice to avoid spending money. This game will not let you go idle, however. Your plants very quickly become infested with spider mites, which of course, ruins the quality of your plants and affects your progress. A particularly annoying thing with this game is that it can take a couple of minutes to update when you complete tasks. There were a couple of occasions where the job would not update as completed even after restarting the app, causing you to dismiss the completed job to progress. 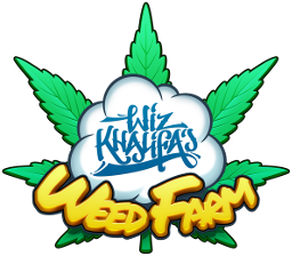 Wiz Khalifa’s Weed Farm is all about collecting cash. It was a lot less hands-on than the other games. This worked out great because it let me multitask instead of spending the time with my eyes glued to my phone. This game rewards you with oodles and oodles of coins, and you can double or triple your profits by either watching an ad or spending gems. Water is unlimited, which is nice, if not unrealistic. You can play music for your plants which I always thought was nice, though I assume you are playing Wiz Khalifa’s music, which would not be my first choice.

Playability: This game allows you to progress in idle mode, which I value in a mobile game. While mobile games can be very addicting at first, after a certain point, it’s easy to get bored and stop playing if you cannot play the game on idle mode. If you want a good weed farming game to play on idle, this is a great game. Other than the coin mining, there did not seem to be a lot to it.

Weed games are fun, but as it turns out, they are incredibly inaccurate when it comes to actually growing weed, at least the ones I played were.

When you begin a grow op, you cannot expect to earn money as quickly as you do when playing a weed growing app game. Most of the games I tried earned gobs of money immediately, so much that you can purchase new strains and new plots of land.

The game also provides the resources you need to get started. This is, of course, not how beginning a grow op is going to turn out for you. The materials will not be provided to you gratis; you will need to finance your grow from the get-go.

The point is that it takes time to earn money by growing weed. Obviously, growing weed on an online game will not require the same commitment (otherwise, why would people play them), but you should not expect to become the next Tony Montana, but for weed, by growing your own weed.


The customers are too impatient

The customers you sold to in Weed Firm were far too impatient; if you did not get back to them in under a minute or so, they would get pissed and claimed that you dissed them, which would affect your respect, as well as your profits.

Anyone who’s purchased weed back in the old days knows this is complete bullshit. There were times where you would wait around all day, sometimes more than one, for your weed dealer to get back to you. Weed buyers have an infinite amount of patience when it comes to waiting around for our guy.


No Regulations When Selling Legally

Perhaps one of the most hilariously inaccurate things about these “realistic weed growing games” is how easy it is to begin selling your weed legally. I am, of course, talking about dealing with all of the red tape surrounding getting your product onto the market.

Anyone who has sold weed in a legal state knows that you cannot just sell your product to dispensaries after getting to a certain level. There are many levels of bureaucracy that you need to go through (state regulations and such) before you can sell legally. Obviously, any game that makes you undergo this would be a flop on the app market, so we can suspend our disbelief here.

Don’t get me wrong, I am all for realism when it comes to weed growing games, but it was ridiculous how quickly my plants were ruined by pests as soon as I went to idle mode. I get that spider mites are a serious problem when growing your own weed, but they do not infest your plant if you leave it alone for a minute or two.

Yes, weed plants require a lot of attention, but you must leave them to their own devices. Unlike games where you grow weed, unrelenting attention to any plant will negatively affect its growth. Read your plants’ signs and follow growing guidelines. Weed plants are quite resilient.

Weed games are fun and a great way to pass the time. They can also teach you a little bit about the growing world. They will not teach you enough if you really want to grow. Besides, growing weed for real, not in the virtual world, is much more rewarding.

11 of the Best Games to Play While High