Kush isn't just a fun nickname for weed. It's actually a specific strain with a hazy history. Below we will go over what makes kush, OG Kush the strain.

What exactly is OG Kush?

One of the true modern classics of hybrid cannabis strains, this Indica-dominant variety came to fame around 1996 for its high THC levels, medical benefits, and its dank appearance. The genetics are sometimes referred to as Platinum OG Kush, Tahoe OG, SFV OG Kush, or referred to just as Kush. Cannabis geneticists believe OG Kush is a cross of Chemdawg and Hindu Kush or Old World Paki Kush.

Although these might not be the original cannabis OG Kush weed gifted to Josh Del Rosso by Matt Berger, the two are credited with being the original growers of OG Kush in Florida. (The pair is also credited with developing the marijuana strain Bubba Kush.) Other stories say the strain was developed in the LA region, and it is certainly a bit murky where the strain origin truly comes from.

One thing is for sure, Northern California grew the most of the plant, and Southern California smoked the most buds. And for the East coast, OG Kush was an exotic strain. Because of its popularity, OG Kush strain has been cross-bred to other popular strains to make Lemon OG Kush, Purple OG Kush, Fire OG Kush, and Skywalker OG Kush.

The reality is there was probably more than one extremely similar marijuana strain that exhibited the same phenotypes and terpene profiles. And at some point, they all have been mixed up and labeled as some Kush or other strains with similar names. Hence why there are now so many different kush. Only someone who has been around a lot of OG nugs can tell you if it is the real OG Kush Strain, and your best bet of finding the genetics are from a clone in Northern California.

A well-cultivated indoor grown OG strain will have small, dense buds that are a little darker green in appearance, some hints of orange. These OG Kush buds sometimes show hints of purple, especially when grown in a colder environment. The leaves of the plant are on the darker side of the green and have a wide leaf shape. And when growing OG Kush, its leaves will turn purple towards the end of its life. Typically shorter stocker plants with a Christmas tree shape to them.

A bag of OG Kush weed can light up a room with its floral aroma. The smell and taste of this plant come across as citrus, with hints of forest fresh pine, a little gas fuel, with a back end of earthy spice. When smoking the bud, it's more of the pine with hits of lemon, which are carried through the smoke. What are the effects of OG Kush?

Overall, OG kush is an Indica dominant hybrid and gives a pleasant mix between the feeling of being body high and a slight cerebral high from the Sativa. A shared feeling in general from kush users is couch lock, a feeling of being literally so relaxed and mellowed out that you are locked into the couch.

The high THC content of OG Kush is what makes it so popular, and partly what gives it the ability to help treat insomnia comes from the plants' potent cannabinoid profile. However, its high THC content can also cause dry mouth and paranoia. With users who are more experienced with psychedelics, OG Kush can help with stress, anxiety, and depression.

OG Kush is a strong weed that will test around 21% to 26% THC content.

OG Kush is very low in CBD, with below 1% on average.

The Price of OG Kush

The price of OG Kush depends on who grew it and where. Like any cannabis strain, it can be AAA-rated or boof depending on how well it was grown, whether it was cultivated indoors or outside, the quality of the trim job, and how much of a nose it has. Premium OG Kush grown indoors can push $60 a 1/8th while OG Kush grown outdoor can be as low as $20 an eighth. 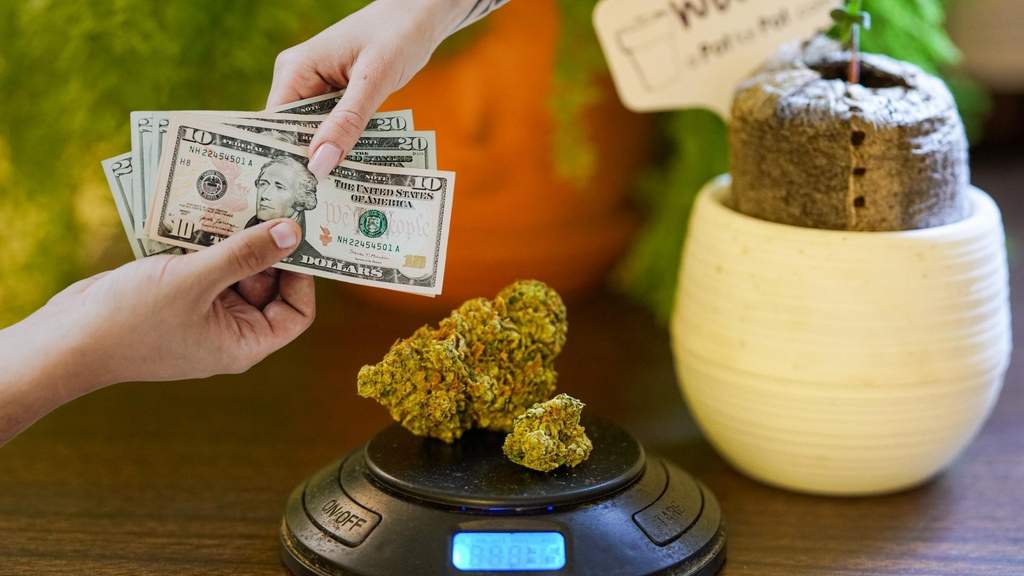 Is it OG Kush Indica or Sativa Marijuana Strain?

OG kush is a hybrid, some would say it is an Indica dominant hybrid, while others Sativa. Generally speaking, the feelings and effects from the OG Kush strain are more Indica leaning than Sativa. One of the reasons why it's considered the best is because it's the perfect hybrid strain. That's because it is pretty even between Indica and Sativa with regard to its terpene and cannabinoid profile. However, in our experience, it is slightly more Indica in how the strain grows and the effects most people experience.

The Meaning of OG Kush

How OG Kush strain got its name is a highly debated topic or at least a misunderstood one. What OG means and where it came from was likely from it being used as a moniker to help growers and dealers identify which strain was the Original OG Kush. Hence, the OG stands for the original. As happens with legends, sometimes, they get the better of themselves. So if you hear someone saying it means Original gangster or Ocean grown politely tell them that they are listening to fake news. 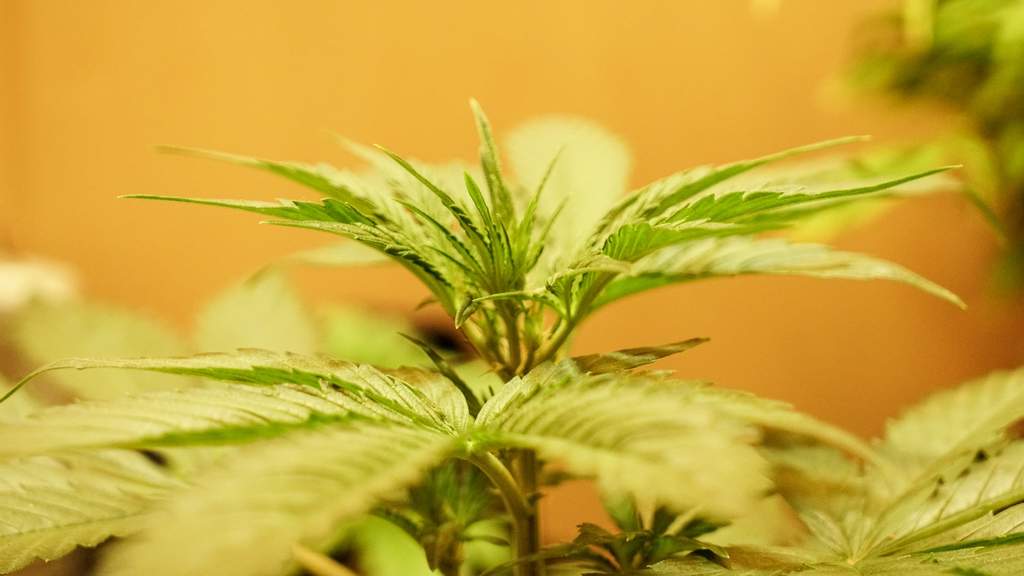 OG Kush is one cannabis strain that is on every grower's dream list. And for good reason, indoor-grown premium OG kush is a AAA-rated smoked and in the bag. With that said, it's no walk in the park pulling down a perfect grow. It is not the highest yielding cannabis plant with buds often staying smaller and have a tendency to be fluffy. It also can be a difficult strain to grow mostly because it is susceptible to powdery mildew and bud rot. Hungry caterpillars also love munching on Kush, so it's important to consider a late summer caterpillar regime and have a plan in place. These growing considerations is why OG is often preferred when grown inside in a controlled environment vs outdoors.

Its Indica dominant genes shine through in the look and shape of the plant. The smaller size makes it great for growing great indoors. When growing OG Kush indoors, she will show growth spurts through veg and won't stretch much during flowering. She grows fast in hydroponics but likes well-aerated roots. Otherwise, OG its susceptible to root rot. Per square meter the OG Kush strain is a medium to low yielding variety.

You can find OG Kush seeds in photoperiod and autoflowering nowadays. However, finding the original OG Kush strain, your best bet is going to be from a clone sourced from California. That's the closest you will find to the real deal.

The flowering time when grown indoors is relatively short and can be harvested as early as 8 weeks, but 10 weeks will really push the flavor. Be patient, it does not benefit to harvest your own OG Kush early. When growing Kush strains outdoors, it is harvested in early October. She stinks of pine, fuel, and spice in flower and is a medium yield per square foot when grown indoors.

Without a doubt one of the best strains to grow and consume. OG Kush is a modern classic, although we might not fully understand its origins or who exactly brought this amazing stain into our lives. One thing is for sure, this strain looks and smells dank. And when consumed, you are going to get a pleasant high body high. If you haven't yet had the pleasure of consuming some true OG Kush strain, start growing it today or pop down to your local dispensary to experience it for yo'self.

10 of this Year’s Best Indica Strains