The Ultimate Guide to Cloning Cannabis

How do you go about growing your marijuana at home?

Before you consider the grow light setups, reflective growing walls, timers, and optimal fertilizers, what is the first thing you should get before growing marijuana at home?

When most home growers think about growing their own bud at home, the first growing component that they think about getting is seeds.

Many marijuana industry experts say that novice home marijuana growers may want to start growing their plants from a clone of a female marijuana plant.

So, why are marijuana clones a preferable starting method to seeds? Clones have a consistency that seeds lack. Each seed has the potential to produce a slightly different physical presentation, or phenotype.

You just don't know what you are getting if you don't know the source of the seeds you are using, (and that's kind of the fun part) but each clone will be an exact copy of the (hopefully awesome) genetics of the mother plant.

Related: Clone vs Seeds: What Grows the Best Pot and Why?

Only the female marijuana plant produces potent THC and the flowering "buds" that can be smoked.

When female marijuana plants are pollinated by male plants, they could produce seedy buds with lower potency.

Sometimes, marijuana plants can be hermaphrodites or plants that feature both male and female characteristics. Hermaphrodite weed plants do produce bud, but they also have pollen as well. This is a sign of unstable genetics so if your clones start hermaphrodite-ing, might be time to get a fresh mother.

If discovered, female weed plants need to be segregated as soon as possible so as not to be contaminated by the pollen of male or hermaphrodite plants.

So, why do you need to know all of this information? All you want to do is grow marijuana at home from seed, right?

How do you know if the seeds you are using for your home grow operations are female, male, or hermaphrodite?

It takes at least 90 days, or more, for a marijuana plant to go through its vegetative and flowering cycle. Depending on the size of your home grow operation, it might cost you $225 for every pound of marijuana you grow.

If you don't know the sex of the seeds you are using, you may end up growing male or hermaphrodite marijuana plants.

The best way to start growing marijuana plants at home is to buy feminine marijuana seeds or clones, which are branch, stem, and flower plants cutting from a female plant.

And if you are going to use clones, you should understand how to identify plant sexes as well as how to plant with a clone.

So, let's talk about how to clone weed and identify plant sexes so you can immediately identify the sex of the clones you use.

Grow marijuana at home organically, naturally, and on your own terms with grow kits from A Pot for Pot.

What is Weed Cloning?

Weed can be grown or propagated from seeds or plant cuttings.

The method a weed gardener ultimately settles for depends on their preferences and what characteristics they’re looking to have in a mature plant and their eventual harvest.

Rest assured that cloning weed is a simple process that’s neither evil nor dangerous. Cloning weed simply means selecting a healthy parent plant that the farmer feels has the traits that they’d want in their crop.

They cut a small portion of the parent plant and propagate it. That means, after cutting a sapling, it’s planted in a pot or tray in order to develop roots. The propagated sapling will have the same traits and qualities as the parent plant, hence the term cloning.

Common weed traits that gardeners look for in a parent plant can be any of the following:

Gardeners who opt to clone weed are often looking to preserve certain plant traits such as the ones mentioned above. An additional feature that a gardener might want to preserve in a weed plant is potency -  cloning can help achieve that efficiently.

A weed grower who wants a faster turnaround on weed harvesting will lean towards weed cloning. That’s because they mature faster than planting seeds.

When using a clone, your marijuana crop could be viable within a week to 21 days. That is because you are growing from a clone of a fully grown plant. So, the growth process will be quicker.

Weed seed propagation takes longer to grow to maturity and the harvest is often staggered so ultimately all the plants are not ready for harvest at the same time. That can be a pro as well as a con for a weed gardener.

Also, consider that it can take at least 90 days to grow viable marijuana plants from seed.

Perhaps the biggest benefit is that seeds tend to generate inconsistencies in the quality of the harvest, the strength of the plant, time of maturity, as well as potency.

However, weed cloning allows the gardener to have control over preferred traits in their crop and therefore an ability to generate more consistent results in the quality of their end product.

Still, the best way to control the preferred traits of your crop is to know without a doubt the sex of your marijuana clones.

How to Identify Clone Sex

You need to identify your clones long before you begin planting them.

As previously mentioned, it takes at least 90 days for a marijuana plant to complete its vegetative and flowering cycles and start blooming buds.

And the three-month vegetative and flowering estimate is just an estimate – it could take a little longer for your home-grown plants to begin budding.

But it can take anywhere between a week to 21 days for marijuana clones to begin producing buds.

And while professional marijuana seed and clone companies must sell female clones to main good PR, it helps to understand the differences between male, female, and hermaphrodite marijuana plants.

Remember, it might cost you $225 per pound to grow weed. So, that means you will spend hundreds or thousands of dollars to get your home grow situation up and running.

If you will become well-versed in the equipment and paraphernalia required to grow marijuana at home, why not learn how to spot the sex of a marijuana clone on sight?

Understanding the sex of a marijuana plant on sight will make working with clones a lot easier as well.

And you can be assured that the clones you are using will become quality and potent female plants.

Parts of the Marijuana Plant

While we won't go too heavy in the botanical physiology of marijuana, there are two parts of the marijuana plant that you should be familiar with.

If you look at the calyx of a marijuana plant or clone, then you can instantly identify its sex.

It can take about six weeks before the sex of a plant makes itself evident by viewing the calyx.

Nodes develop in the calyx, which can identify the sex of the plant. 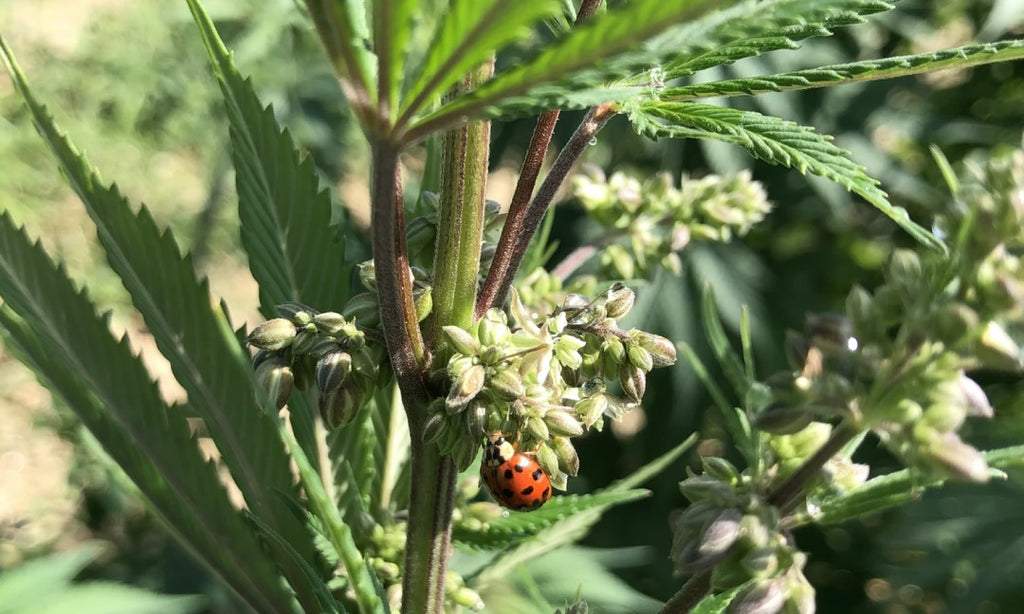 Male marijuana plants are easy to recognize and can be easily differentiated from female or hermaphrodite plants.

If you look at the node located in any calyx of the stalk after six weeks, you will see two ball-shaped appendages growing out of the node. Those ball-shaped objects are full of pollen.

At the node on the calyx, you will notice that female marijuana plants have two thin white hairs growing out of them. These white hairs are called pistils, and they almost resemble antennae.

Hermaphrodite marijuana plants feature little ball-like sacks with one pistil growing out of them.  It is a mix of male and female sexes.

Some hermaphrodite marijuana plants do grow bud, but they are not high potency. And they also grow pollen sacs which can pollinate any nearby female plants.

Cannabis seeds, if properly stored, can last for decades. The same cannot be said for saplings as they can only be harvested from an existing parent plant.

This is because autoflowering cannabis is genetically programmed to flower after a certain amount of time, instead of when it sees the light cycle change like photoperiod flowering cannabis (indica and sativa) relies on.  When you try to clone autoflowering plants, the genetic timer doesn't reset, so the clone goes straight into flowering far too early, and isn't viable.

How to Clone Weed by Cutting Propagation

Cloning weed is not as hard as it sounds. As a matter of fact, it’s a fairly easy process that most weed growers will master with ease.

Choose a weed plant that has the characteristics that you desire. The plant that you choose is referred to as the parent plant.

Now, cut a healthy sapling from the parent plant. The one at the extreme end of a branch yields the best results. Ensure they have tightly spaced nodes as this an indicator that they’re actively growing. Cut below the densely spaced nodes.

Place the cutting into the soil. Dipping the cutting in a rooting hormone is also recommended as it helps with the development of roots.

Ensure the cutting is an inch deep in the ground while surrounding the planted part loosely with soil.

This should be done in a pot or a tray. In the event that one’s propagating more than one cutting in the same pot or tray, make sure that the spacing between the saplings is three to four inches.

Cover the tray or pot with a polyethylene cover so that the environment the cuttings are growing under resembles a greenhouse. This step ensures consistency in humidity levels for the cutting.

Making sure their growing environment has consistent moisture at this stage is crucial. The optimal temperature for the rooting stage is 70 to 60 degrees Fahrenheit.

Within three to five weeks one can expect the root of the cuttings to have developed to a length of two to four inches.

At this point, the cutting(s) can be transplanted into individual pots where they’ll grow to maturity

Related Article: The Ultimate Guide on How to Harvest Weed 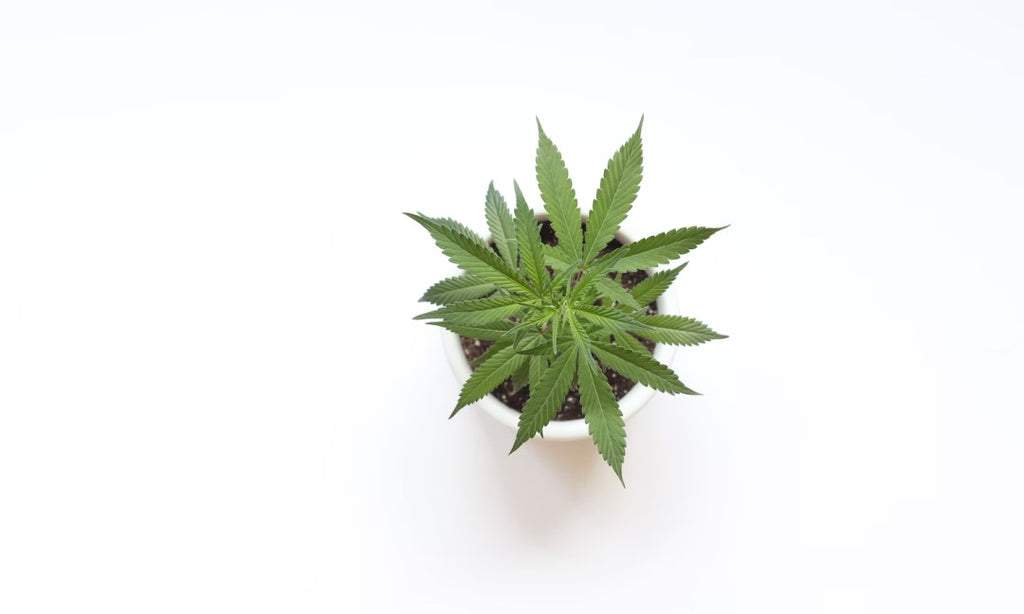 Cloning weed is not rocket science, but it does, however, need meticulous care when choosing parent plants and making the cuttings.

Dipping saplings into the rooting hormone is vital as it increases the pace at which the cutting will develop roots.

Looking to start growing marijuana yourself? Check out a Pot For Pot’s complete grow kits to get started today!

Do clones yield more than seeds?

No, A plant grown from seed will yield more than a cloned offspring

How often should you water your clones?

2-3 days is best for a young plant. If it's taking too long to dry out, you may need to offer less water, until the plant is growing faster.

Can you turn a clone into a mother plant?

If you ever find a particularly great plant, you can take clones of it and turn them into mother plants

Clone vs Seeds: What Grows the Best Pot and Why?

How to Grow Marijuana From Seed