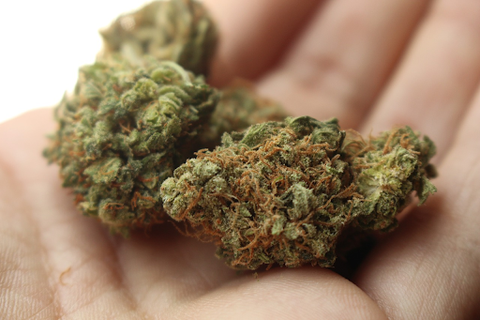 Cannabis cultivation isn’t a modern concept. Many civilizations have been doing it for centuries.

Thanks to many pro-cannabis movements across various periods of time, cannabis and certain cannabis strains have enjoyed various phases and bursts of popularity.

For some strains, the popularity comes from their lack of availability. There are some strains that are considered to be the rarest of rare and that’s what makes regular consumers pursue them more.

Not just that, these strains are well known for their unique high - some so sought after, they’ve shot to instant popularity thus pushing them to the verge of extinction.

There are many different reasons as to why these certain strains are rare and difficult to obtain.

However, it is a well-known fact that these strains have stood the test of time and continue to be the object of desire for many ents around the world. Here’s our guide at a Pot for Pot for the rarest cannabis strains of 2020.

It has a 4-month cultivating timeline. The taste is a combination of sweet and savory, and it’s easily recognizable because of its golden strands.

Bred by Shadrock in 2006 to help with back pain, Jamaican Lion has a 1:1 ratio of CBD to THC, which makes it the perfect strain to alleviate pain while giving a relaxed and euphoric high. The strain placed second in the 2011 San Francisco Cannabis Cup. The highly precise mixture of Indica and Sativa has increased the value and thus the rarity of this strain, mostly because it is also stuck in a highly publicized legal dispute.

Want to grow your own cannabis? Stock up on everything you need at a Pot for Pot.

Known as the laughing gas of the ‘60s and ‘70s, Panama Red has a nostalgic element attached to its value.

This Sativa has bright red accents and was included in the list of the highest THC strains of that period. This strain is mostly psychedelic in nature and is well-known for its quick mind-altering effects.

This “pure’’ strain is now a rarity thanks to the increase in demand of hybrid strains and a long flowering time and moderate yield, all of which have contributed to its rarity in cultivation.

Many believe that ‘Lasqueti Haze’ is now extinct, or at least almost impossible to find in 2020. Also known as “Lasqueti Sweetie”, this strain is said to be grown on Lasqueti island in the 90’s.

The effects of this strain are fairly similar to Panama Red. It provides an instant boost of energy that is often difficult for many people to process and is said to be a great way to get rid of fatigue.

The strain is also reported to have a sweet and herbal flavor along with a pungent aroma. There is almost no way of acquiring it, especially online - one just has to be lucky enough to come across it.

Hawaiian Snow is a combination of Neville’s Haze, Pure Haze, and Hawaiian Haze, which was bred in the late 1960’s. Hawaiian Snow has THC levels that have the potential of reaching up to 23% at peak potency. This Sativa strain is well-known for its spicy smell reminiscent of incense and a cerebral high.\

Bubba OG or BOG is considered to be one of the go-to strains for pain relief. Bubba OG is a hybrid between Bubba Kush and OG Kush. It is known to help with chronic pain, muscle spasms, nausea, and insomnia. It is said to smell like the bed of a rose garden, with a heavy dose of skunk. It is a sleepy-headed strain, so for those who seek relaxation or suffer from insomnia, this strain is often nothing short of a miracle.

The Hindu Kush is an indica cannabis strain that gets its name from a mountain range between Pakistan and Afghanistan, which is where it was originally cultivated. This pure strain has THC levels in the high 20%.

It is said to provide a calm, euphoric high and is best consumed during evenings or at night. The high of this pure strain is said to last up to 8 hours. But unfortunately, thanks to mass hybridization, this strain is on the verge of extinction.

Lamb’s Bread or Lamb’s Breath has no origin story when it comes to the name. This Sativa strain is great for relaxation and elevated cerebral activity along with stress relief, treating depression, pain, lack of appetite, and insomnia. It is said to be the favorite of both Bob Marley and Peter Tosh.

Thanks to its popularity, the strain is now almost extinct even though it takes just 7-9 weeks to cultivate. Try growing it yourself with our grow kits at a Pot for Pot.

Amnesia Haze is both intoxicating and highly psychedelic. This Sativa cannabis strain is said to be an Amsterdam favorite and has citrus/lemon fragrance with sweet floral undertones.

It is rarely found outside of Europe, particularly Amsterdam. Thanks to its long flowering time and sensitivity to pests, cultivating Amnesia Haze is not a walk in the park.

And there you have it - a comprehensive list of some of the rarest cannabis strains to exist in 2020, and why they're so difficult to find in today’s world.

Have you come across any of these strains in your adventures? Let us know! And don’t forget, keeping your cannabis plants healthy is the key to success. Check out our cannabis growing kits to help you out.

FAQ for Rare Cannabis Strains in 2020

Are there rare cannabis strains? And why are they rare?
Yes! Cannabis has been cultivated since time immemorial and some strains have become extinct or are on the verge of extinction. The lack of availability of some strains have made them even more popular. There are several explanations on why some strains are becoming rare. Nonetheless, cannabis has been there long enough and various communities have cultivated their own strains which soon become extinct due to passing generations, cross-breeding or changes in the environment.

What are some of the rarest cannabis strains that I try out?
There are over 20 rare cannabis strain each with different taste, appearance and level of THC and CBD composition. Some of the rare strains include Malawi Gold, Jamaican Lion, Sweet Tooth, Panama Red, Lasqueti Haze(extinct), Hawaiian Snow, Bubba OG, Hindu Kush, Lamb’s Bread and Amnesia Haze among others.

Which rare strain has the best high?
Rare strains have the capability of producing high feeling but this depends on the level of THC. Out of the rare strains listed above, the Hawaiian Snow produces the best high feeling thanks to THC levels reaching up to 23% at peak potency. The spicy smell also gives a feeling of reminiscence and also responsible for cerebral high.

How to Appreciate Cannabis Through the Various Senses

What Is Cannabis Sativa?